I’ve been on top of the world this week…well, on top of Australia at least. I climbed the highest mountain in the country, Mt Kosciuszko!

At an elevation of 2,228 metres Mt Kosciuszko is nowhere near the height of other peaks around the world. It’s part of the Great Dividing Range, one of the oldest mountain ranges in the world, and the reason for the mountain’s lower elevation is simple – it’s been eroded away over millions of years. 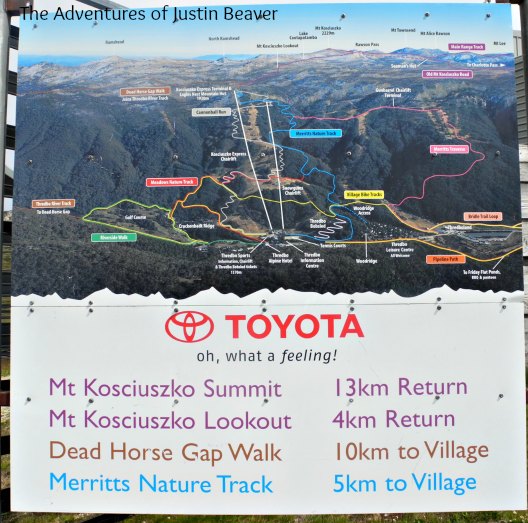 There are several routes hikers can take to get to the summit and I chose the shortest. A 6.5 kilometre raised metal walking track protects the delicate environment of this UNESCO Biosphere Reserve. It’s a great way to enjoy the fresh alpine air. 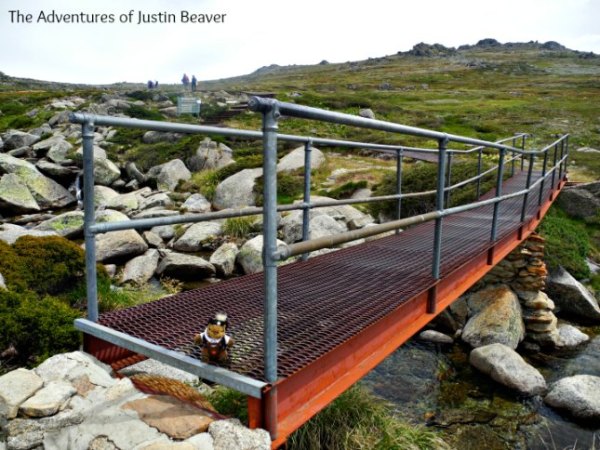 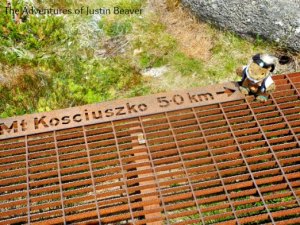 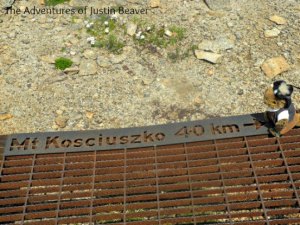 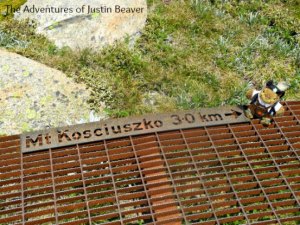 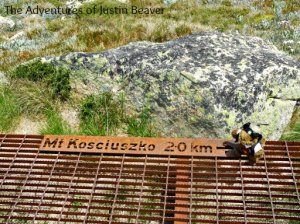 Eventually I arrived at Rawson Pass, home of Australia’s highest toilet. (click here to read more on this fascinating subject) 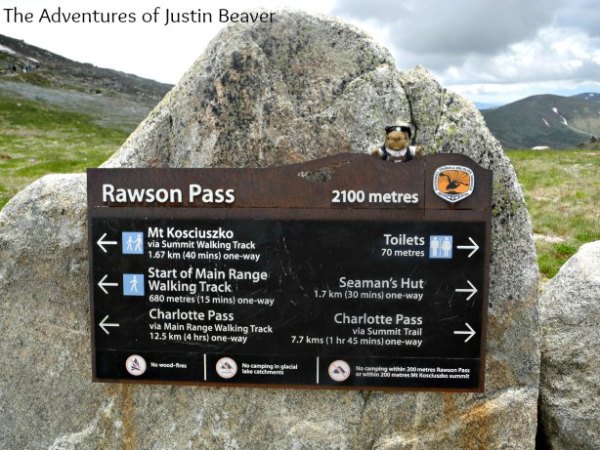 From here I could see the summit of the mountain, so near and yet still so far to go. 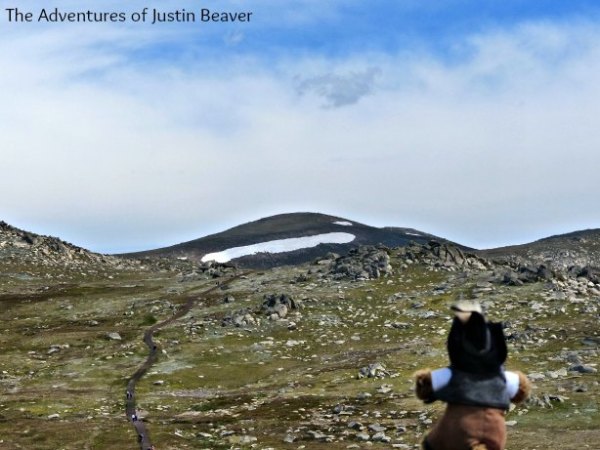 This friendly park ranger gave me a personal lesson in how to swat march flies. Can you see them on her socks and boots? These giants of the insect world are very persistent and have a nasty sting so I took care to follow her advice. 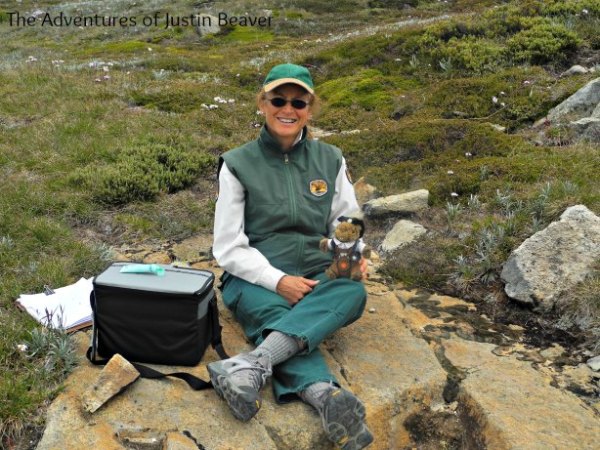 I had another 1.67 kilometres of walking to reach the summit so I farewelled my new friend and continued up, and up, and up until I reached my goal – the highest point in Australia. 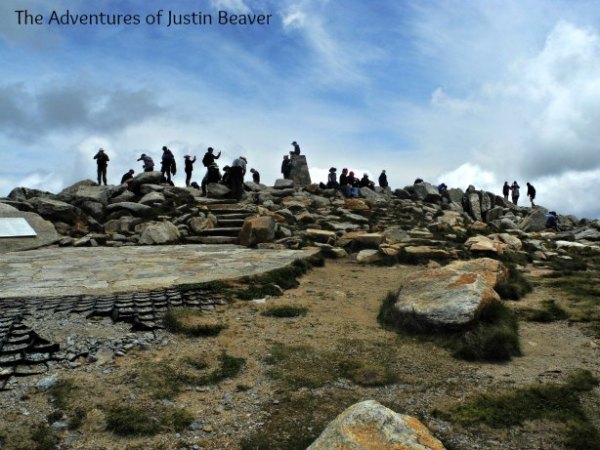 I have a new claim to fame, as the only German beaver to have sat on this trig marker. 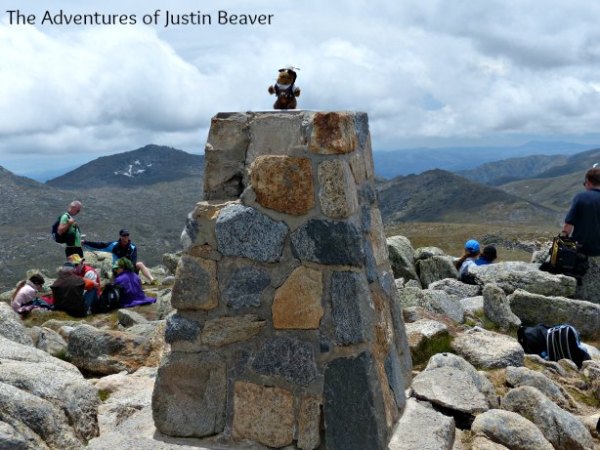 Being mostly downhill, the return journey was much easier and I was heartened by these encouraging signs. 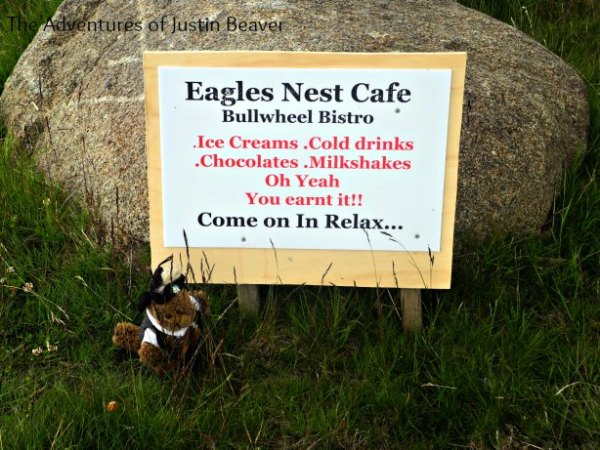 A steaming hot chocolate in the café was the perfect way to end the day.

A mighty treat after a mighty feat! 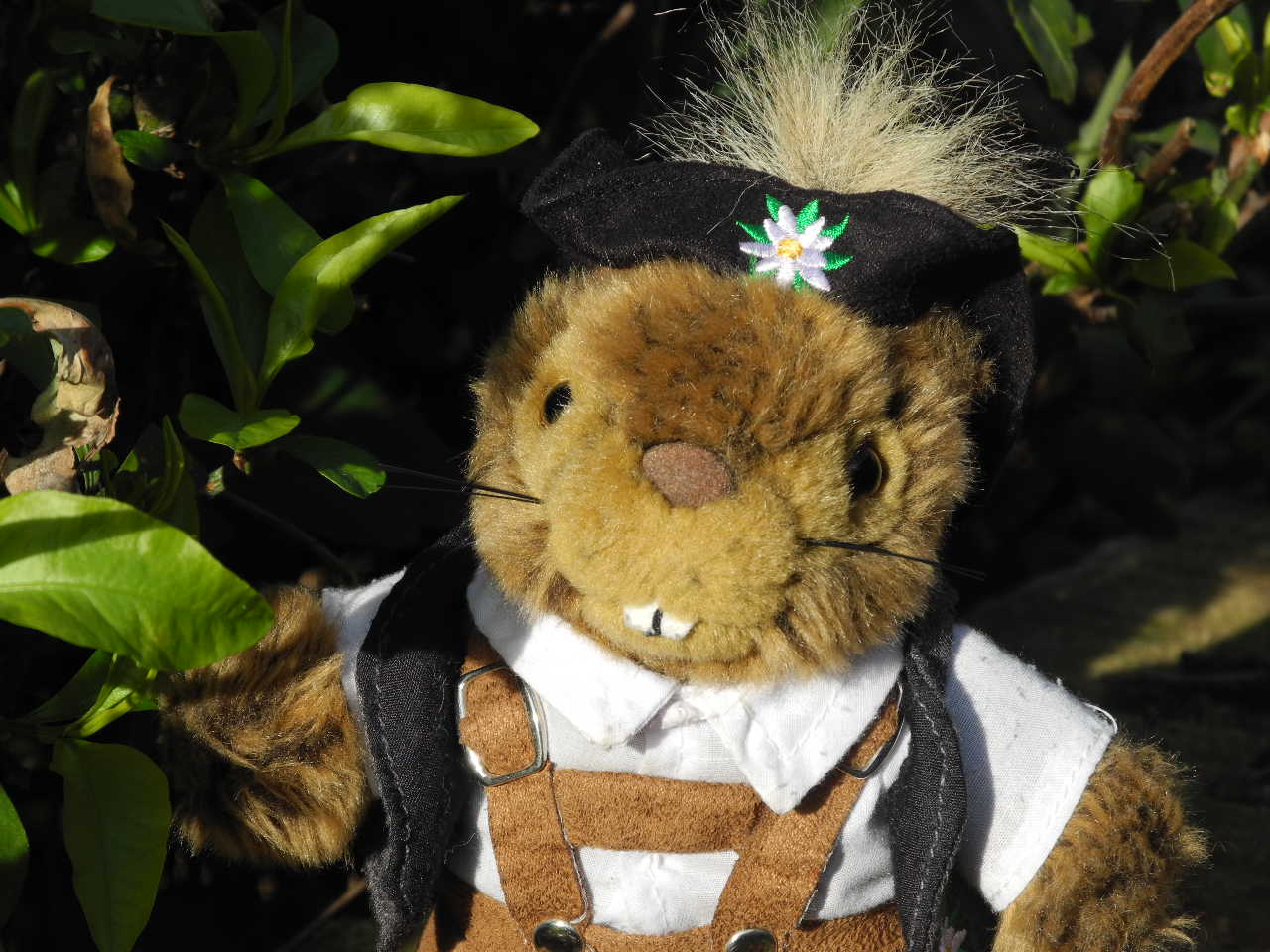 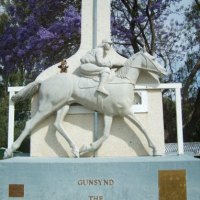 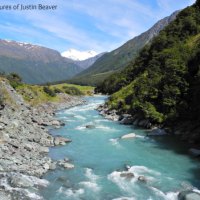 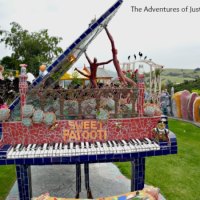 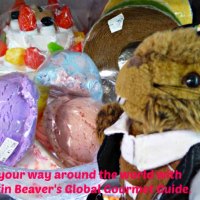 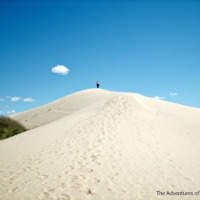 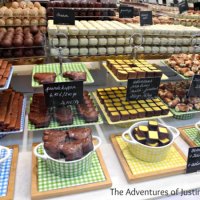 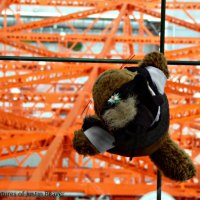 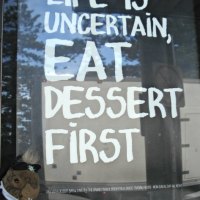